The trade between the two countries is called international trade, foreign trade, or external trade. International trade is different from Domestic trade which is discussed in this article.

The importance of international trade

Now let’s understand the distinction between domestic and international trade.

Factors of production are more mobile within the country in the case of internal trade, while their mobility is highly restricted between countries in international trade.

In domestic trade, each country uses indigenous natural resources, which differ in quality and quantity. By contrast, in international trade, differences in natural resources lead to the production of different goods by different countries.

Unlike domestic trade, where workforces are similar, different countries have different types of workforces that vary in quality and quantity, as well as in technical knowledge and work culture.

Unlike domestic trade, in international trade, each country with different weather conditions produces commodities that are more suited to its own geographical and climatic conditions.

In contrast to the homogeneity within the same country, external trade between countries involves dealing with differences in language, customs, traditions, relations, and other cultural and social environmental factors.

Unlike internal trade, each country involved in foreign trade has different rules, regulations, and laws governing political and commercial systems, and mutual understanding needs to be arrived at.

Within a country, trade is carried out using the same currency, while international trade warrants the use of different currencies for trading.

states that “each country will specialize in the production of those commodities in which it has a greater comparative advantage or less comparative disadvantage.”

Assumptions in the Classical Theory of International Trade

Under these assumptions, consider two countries A & B and two commodities to be produced X & Y.

Cost differences are of three types

Let us understand each of these in detail. 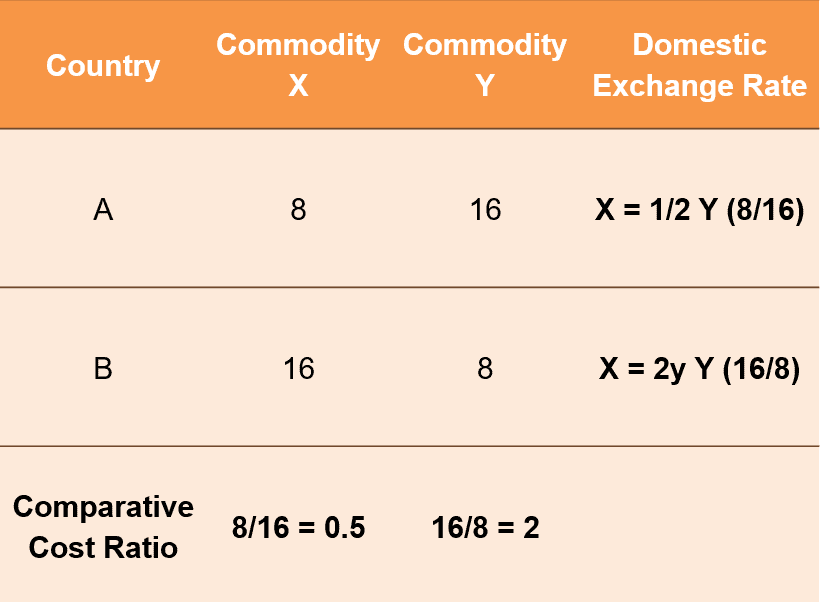 Absolute costs differences occur when one country produces a commodity at a lower cost than the other. 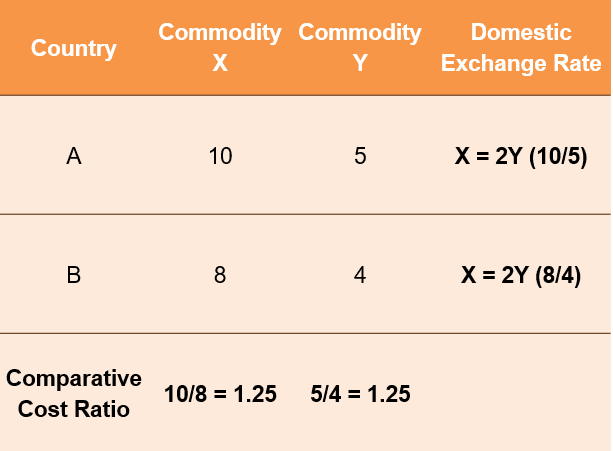 Equal differences can be found when the two countries produce two commodities in the same ratio.

According to the table, country B can produce both commodities X and Y at a lower cost than country A. However, the two countries will not engage in trade because the labour cost of producing commodity X in terms of commodity Y is equal in both countries.

Given that the domestic exchange ratios of both countries are equal, neither country will benefit from trade. 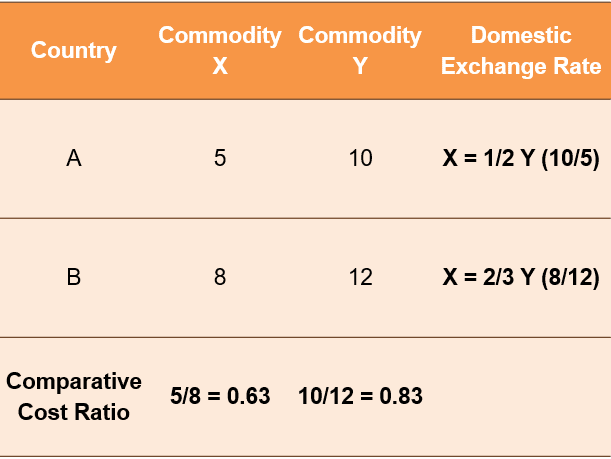 See also  What is Budget? 10 Types of Budget Explained

However, by trading with country B, country A can receive 2/3 units of commodity Y in exchange for 1 unit of commodity X.

The modern theory of international trade is called Heckscher–Ohlin’s Theorem or the Factor Endowment Theory.

In the diagram, XS and YV indicate isoquants or equal product curves for two goods X and Y, respectively.

Factor Intensity refers to commodity measurements in the absolute sense.

Factor Abundance refers to factor endowments in the relative sense. 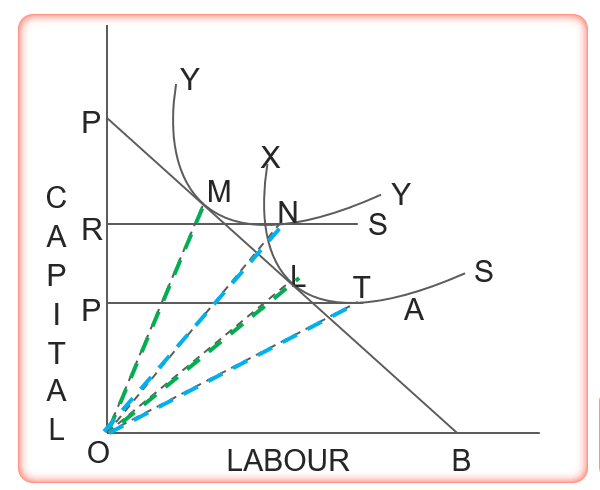 Comparing the relative costs of equal amounts of two goods X and Y in countries A and B, we find:

Goods X and Y are relatively inexpensive in countries A and B, respectively.

The equilibrium factor proportions are as follows

In Country A: OM and OL for Goods Y and X, respectively

In Country B: OT and ON for Goods X and Y, respectively

Conclusions of this theory

The difference between commodity prices in the two countries is the basis of international trade.

This difference can result from cost differences, which are caused by differences in factor endowments between the countries.

Drawbacks of this theory