The Goods Market and the IS Curve

Derivation of the IS curve 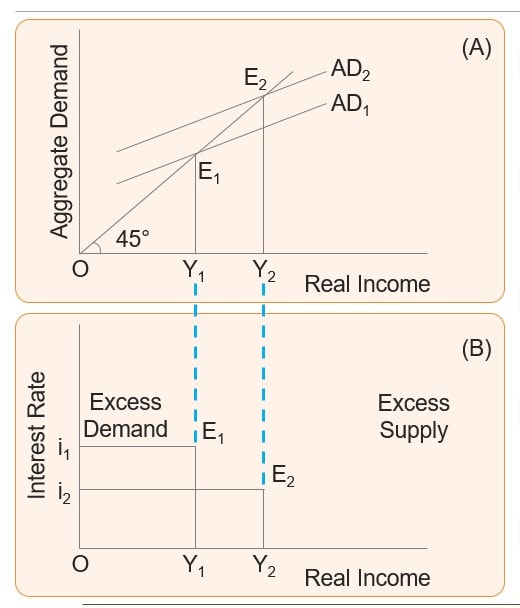 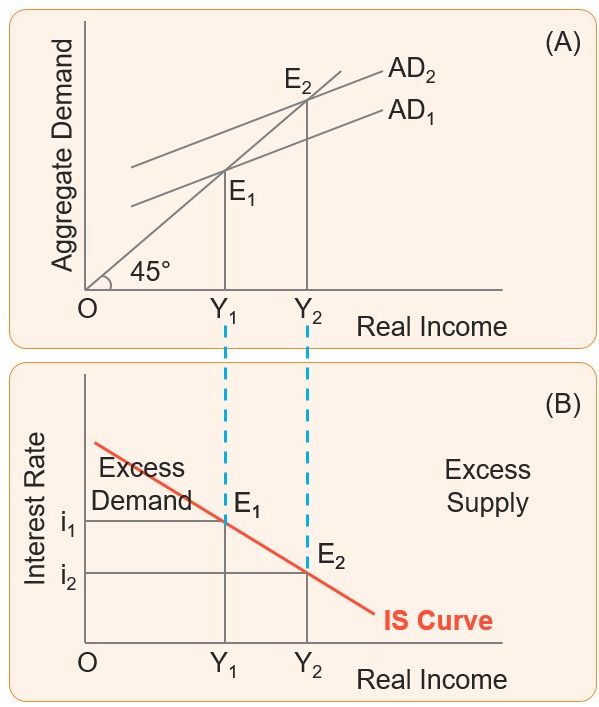 Slope of IS Curve

Shifts in the IS curve 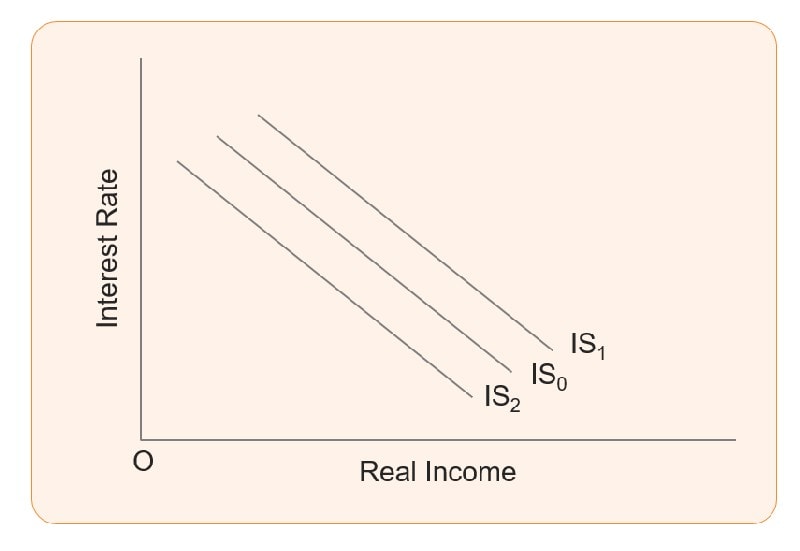 Changes in some factors shift the aggregate demand and therefore, the IS curve.

The Money Market and the LM curve

Derivation of the LM Curve 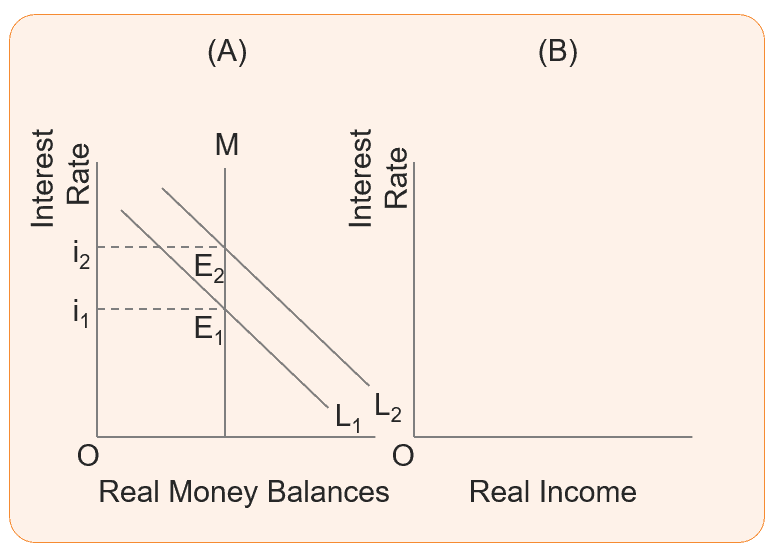 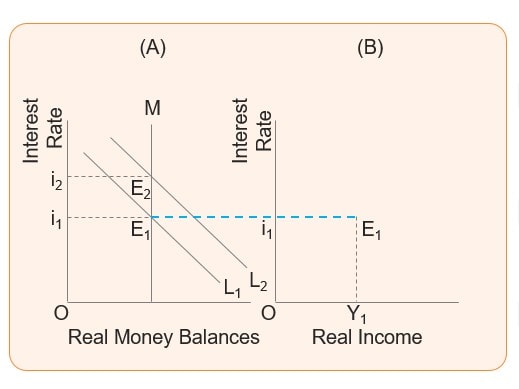 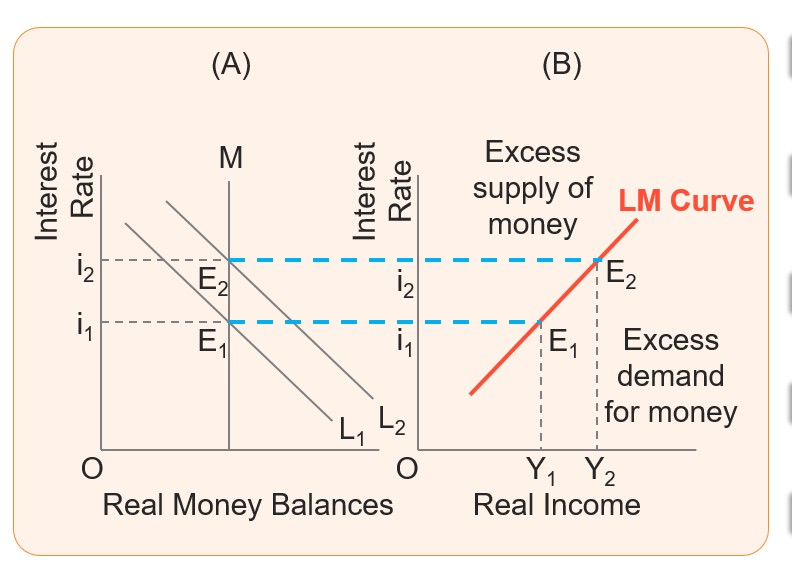 Shift in the LM Curve 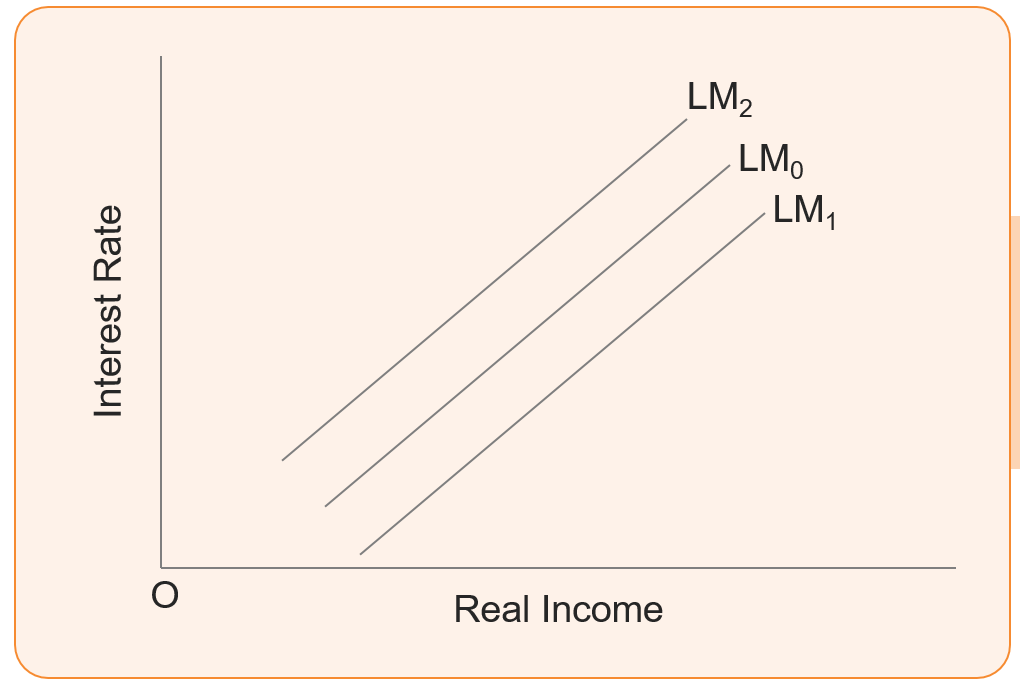 Equilibrium in the Goods and Money Markets 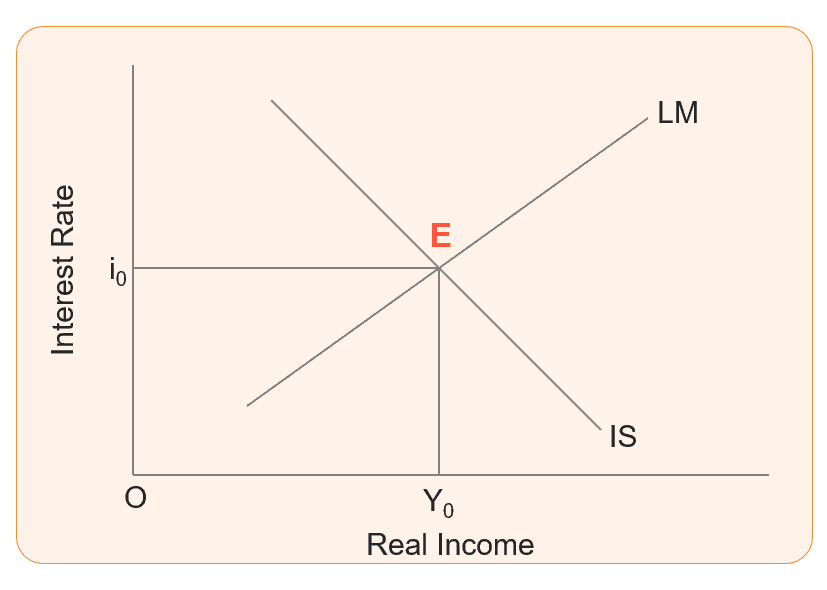 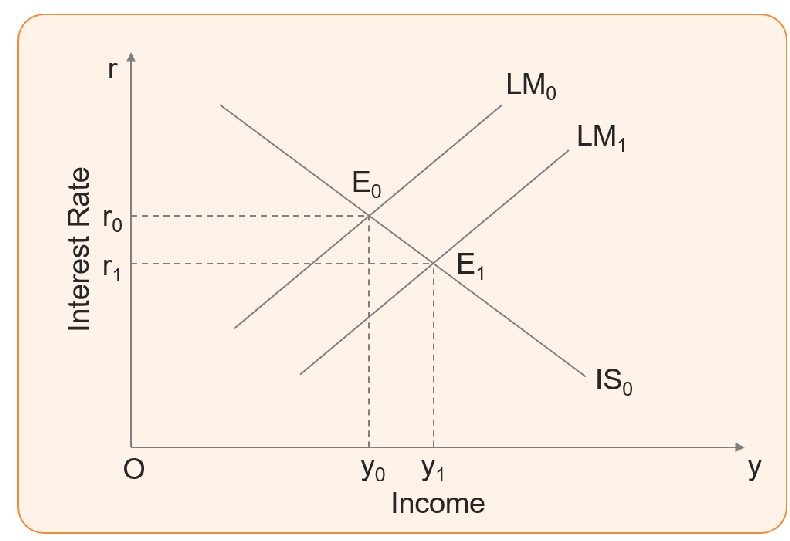 See also  Liquidity Preference and its effect on Rate of Interest

1. Liquidity Trap: It is a situation where the demand for money is perfectly elastic at the ongoing interest rate. In this situation, the monetary policy fails to affect the interest rate and income level.

2. Classical Case: According to the classical quantity theory, the demand for money depends only on the income level and is not responsive to changes in interest rate. In this case, monetary policy has a maximum impact on the level of income. 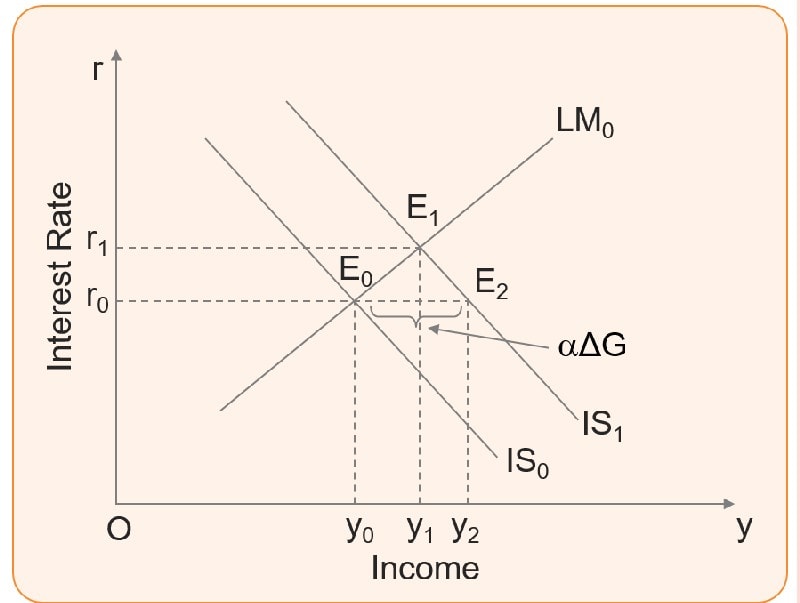 Fiscal policy involves the use of government spending and tax policies to influence the total desired expenditure and achieve specific goals set by the government. 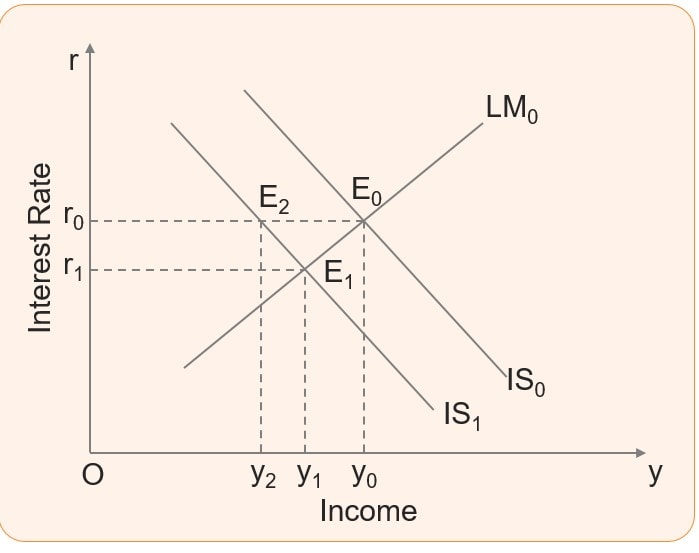 An increase in taxes reduces aggregate demand and tends to decrease income and output in the economy. Reduction in income decreases the demand for money which, in turn, lowers the interest rate in the money market.

A decline in the interest rate leads to an increase in investment spending, which can partially offset the effect of increased taxes on income.