Free Courses » Marketing » What is Copyright? Purpose and case studies of Copyright infringement

An original piece of work has to be in tangible form for it to be copyrighted. Meaning, every piece of creative work to be protected through copyright (musical scores, speeches, discoveries, etc.) have to be in written format. 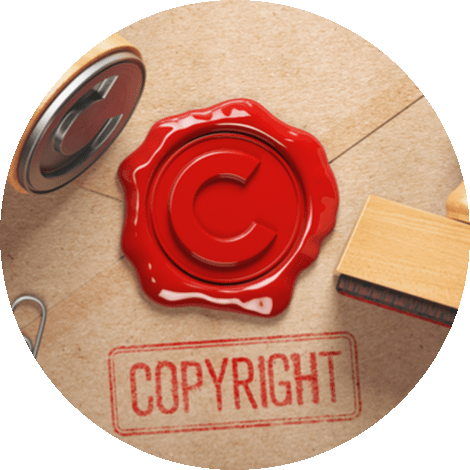 The owners of original creative work are given the sole right to copy and use that work for a certain amount of time through the laws of copyright. After the said time, the work of art becomes the property of the public. Copyright, according to most people, is necessary to promote cultural originality and diversity.

England was where copyrighting was first developed. The Licensing of the Press Act 1662 was passed in the English Parliament in response to “scandalous books and pamphlets” being printed.

The act made it necessary for publications to register themselves with the Stationer’s Company. The Stationers (which was government-approved) had the right to control the material being printed.

Public law can grant Copyrights which are then deemed “territorial rights”. These copyrights considered as territorial rights, granted by a particular state’s law, are valid only inside the jurisdiction of the state’s territory and not past that.

This type of copyright is different in different countries. Treaties have been made amongst countries or in some cases, various countries, with respect to appropriate procedures when works go beyond a nation’s border or when National rights are conflicting.

Copyrights do not need to be acquired by registering with a government office in countries where the standards of the Berne Convention [It is an international agreement governing copyright, which was first accepted in Berne, Switzerland, in 1886 – total 174 parties]  apply, since they are automatic.

The owner of a work can impose their sole rights after the work has been converted into a tangible format by transferring it on a fixed means (a computer file, sheet music, videotape, drawing, or a photograph).

See also  What is Packaging and What is Labelling? Examples and Case Studies

Even though it is not necessary to register for the implementation of copyrights, registrations are evidential of valid copyrights in places where registrations are provided for by the law. They can help the owner of works pursue legal damages and fees for attorneys. Only lost profits and actual damages can be obtained by those who register after a violation, in the US.

Two categories of rights are protected by copyrights, as per the World Intellectual Property Organisation.

1. Economic rights enable the owner to receive monetary compensation from people who use their copyrighted content.

What cannot be Copyrighted? 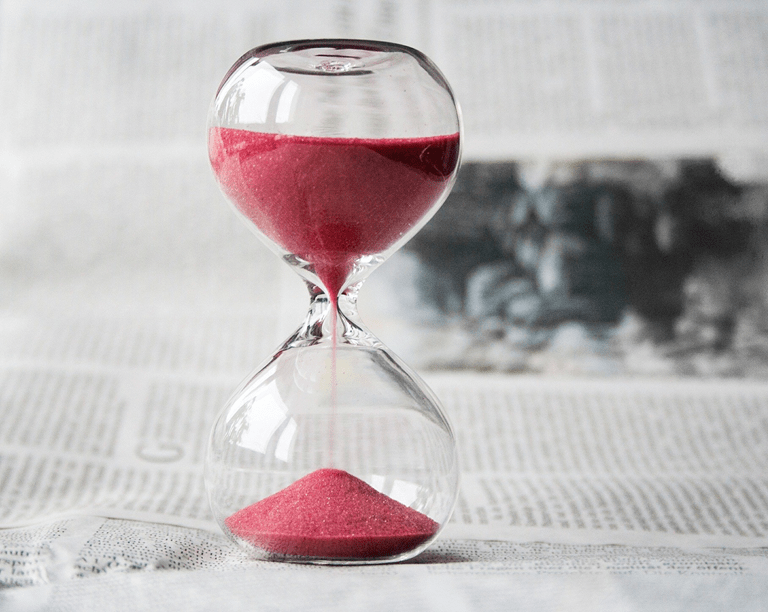 Various jurisdictions have copyrights for different lengths. Factors like whether the work is published, whether the work has been developed by a corporation or individual and the type of work (novel, musical composition, etc.) influence the duration of a copyright term.

Generally, the default duration of copyright considered globally is 70 or 50 years in addition to the lifespan of the author. In countries where a formal registration is not required, completed work is considered to be copyrighted.

Other countries require formal registration in addition to copyright formalities. It is believed that the longer the copyright duration, the safer the work against unauthorized duplication. 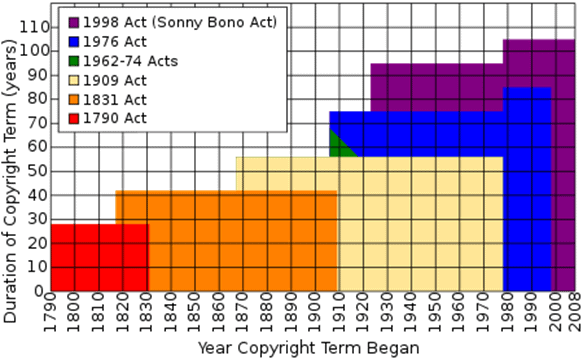 The term of copyright protection has changed in the US due to the various changes and revisions it has gone through. Following the Copyright Act of 1976, copyright would last for the life of the author plus 50 years or 75 years for a work of corporate authorship.

See also  What is Internal Marketing and why is it Important?

The 1998 Act extended these terms to the life of the author plus 70 years and for works of corporate authorship to 120 years after creation or 95 years after publication, whichever end is earlier.

This law, also known as the Sonny Bono Copyright Term Extension Act, Sonny Bono Act, or (derisively) the Mickey Mouse Protection Act, effectively “froze” the advancement date of the public domain in the United States for works covered by the older fixed term copyright rules. Mickey Mouse specifically, having first appeared in 1928, will be in a public domain work in 2024 or afterward (depending on the date of the product).

Photographer Art Rogers shot a photograph of a couple holding a line of puppies in a row and sold it for use in greeting cards and similar products. Koons sold several of these structures, making a significant profit. Upon discovering the copy, Rodgers sued Koons for copyright. Koons responded by claiming fair use by parody.

The court found the similarities between the 2 images too close, and that a “typical person” would be able to recognise the copy. Koon’s defense was rejected under the argument that he could have used a more generic source to make the same statement — without copying Rogers’ work. Koons was forced to pay a monetary settlement to Rodgers.

2. The Associated Press vs. Fairey 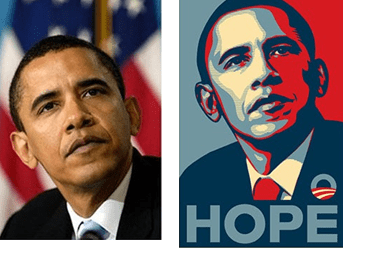 Famous street artist Shephard Fairey created the Hope poster during President Obama’s first run for presidential election in 2008. In January 2009, the photograph on which Fairey allegedly based the design was revealed by the Associated Press as one shot by AP freelancer Mannie Garcia — with the AP demanding compensation for its use in Fairey’s work.

The design rapidly became a symbol for Obama’s campaign, technically independent of the campaign but with its approval. Fairey responded with the defense of fair use, claiming his work didn’t reduce the value of the original photograph.

The artist and the AP press came to a private settlement in January 2011, part of which included a split in the profits for the work.

Vanilla Ice had a hit, in 1991, with Ice Ice Baby — it sampled but did not credit the song Under Pressure by David Bowie and Queen. Though at first denying it, Vanilla Ice later retracted the statement saying it was “a joke”. Facing a lawsuit by the duo, Vanilla Ice ‘fessed to sampling the work.

The case was settled privately out of court with Ice paying an undeclared sum of money and crediting Bowie/Queen on the track.

The Blurred Lines case was unusual, in that the family of the late Marvin Gaye didn’t accuse Robin Thicke and Pharrell Williams of direct plagiarism of lyrics or phrases. Their claim was that one of the best-selling singles of all time aped the style and “feel” of Gaye’s 1977 disco hit Got to Give It Up.

In court, Williams said that in the process of co-writing the song he was “channelling… that late-70s feeling”, whereas Thicke testified that he contributed little to the songwriting. The case was brought to a close in 2018 with a final settlement of $5m to be paid to the Gaye family, along with an additional 50% share of future royalties.