It is any kind of advertising dealing with the promotions of business, institutional, organizational or related units. The main goal of institutional advertising’s promotional ventures is to motivate the support for a company, boost its reputation and build a good image of the company.

1. Dealing with a negative attitude

Following one theme throughout the use of institutional advertising can aid in building a united brand identity.

Rather than just the company’s products, the whole company’s image motivates the investors.

5. Aid from the government

Benefits and aids are received from the government by the companies that participate in good CSR activities.

7. To humanize the brand

To find allies and friends in the audience and instill a sense of inclusion within the employees and training them.

Many specialists believe that in the short run, institutional advertising adds to the company’s advertising cost and does not get appropriate returns. This is because it concentrates on promoting the company instead of its products.

Like product advertising, institutional advertising tends to misguide consumers because of which they feel like they have been misguided by the company.

3. A positive impact is not guaranteed

Institutional advertising is only a PR activity and does not guarantee an increase in sales of services or goods. 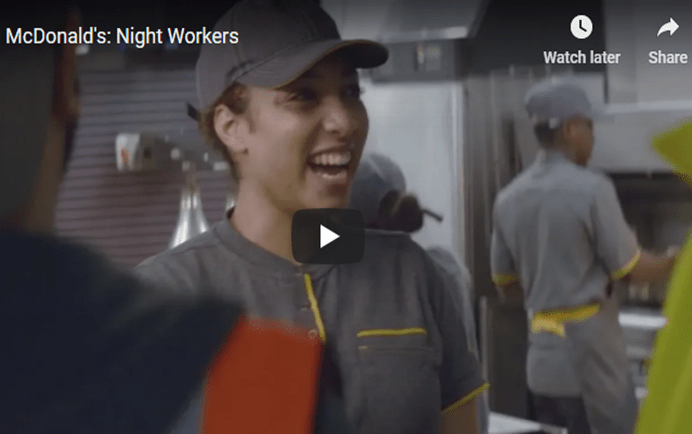 Social ad campaigns are created by government agencies in order to spread awareness among people regarding programs and social issues. Anti-pollution, anti-corruption, child immunization, and anti-dowry examples of some of these programs.

A huge number of people who work hard all through the night are not noticed by the public. This campaign by McDonald’s featured a group of “invisible” staff where they are shown tucking hospital patients in, stocking supermarket shelves, etc.

In the end, three-night workers are shown gaining recognition at McDonald’s. The advert ends with the catchphrase  “If you’re aware, we’re awake”.

In 2010, Thank You, Mom was the biggest and most successful global campaign in P&G’s 175-year history with:

Levi’s Go Forth, a new voice and campaign for Levi’s brand and Levi’s 501 jeans. The campaign is inspired by the passion Walt Whitman felt for the potential of America and the promise of the future.

Films were created to demonstrate Levi’s awareness and relevance in the world through “America” and “Pioneers! O Pioneers” accompanied by readings of Whitman’s poems of the same name.